All distances from city center Amsterdam

All distances from city center Amsterdam 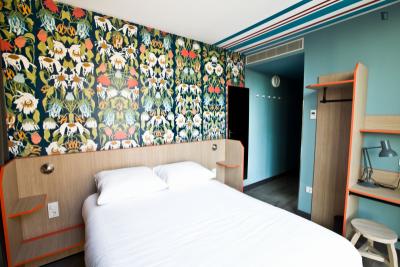 Modern double ensuite bedroom, in a hostel in Oosterpark | 1.24 miles 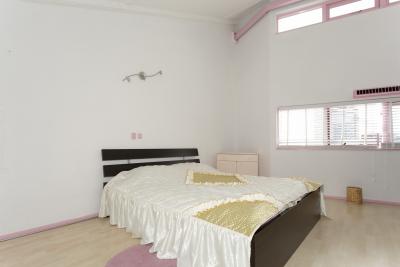 Find Your Student Home in Amsterdam

Residence for students in Amsterdam

At Amsterdam, students from all over the world can choose from a range of off-campus accommodations. You can find rentals available for both short- and long-term rent: from rooms, studios, and shared apartments, most of them close to universities. When sharing an apartment, you may have to share the bathroom, kitchen, and living room with other residents.

University Living is a leading accommodation provider for students all around the world, making it a trusted platform when it comes to finding and comparing a place to stay near university campuses. With a primary focus on purpose-built student accommodation (PBSA), University Living currently offers approximately 1 million beds in around 210 cities across the world.

Historic canals lined by narrow houses with gabled facades form the backdrop for a postcard-worthy image of Amsterdam. The city is also famous for its artistic heritage, magnificent art galleries, and bustling streets. And that’s not all, there’s something exciting for the foodies as well; the city’s innovative drinking and dining scenes.

Amsterdam is colloquially known as Venice of the North because of the magnificent canals it is built on, vintage architecture, and around 1,700 bridges. The city is known for cultural treasures like the secrets buried inside Anne Frank House, Rijksmuseum’s fabulous collection of Dutch art, and the sombre artworks at Van Gogh Museum. Get ready for some bargain-hunting at the flea markets that are spread across the city.

The city of Amsterdam offers various off-campus student housing options such as shared or independent apartments with a private kitchen and bathroom. As a student, there is plenty of time to explore Amsterdam’s cultural delights: spend a day cycling through the city’s picturesque route and taking in the view. One of the other ways to get a panoramic view of the city is by cruising on a boat and learning more about the historic canal ring.

With universities and institutions that rank among the best in the world, Amsterdam has a broad appeal to domestic as well as international students. Amsterdam has two universities that award a wide selection of Bachelor’s, Master’s, and Doctoral degrees. The University of Amsterdam is the Netherlands' largest university, offering a range of academic programmes and the Vrije Universiteit Amsterdam is among the top 150 universities worldwide in various world rankings.

Q. How can I rent student accommodation in Amsterdam?

A. You can book your home away from home in 3 easy steps: a) Select your favourite accommodation. b) Pay the security deposit if required. c) Booking confirmed In all these steps if you are unable to follow the booking process, you will be provided free guidance by our experienced team.

Q. What are the variants in student housing available in Amsterdam?

A. University Living offers purpose-built student accommodation (PBSA) close to various universities in Amsterdam with fewer restrictions and more options, so that students can enjoy a comfortable duration of stay. You can pick from shared and private rooms, studios, and apartments. We also provide short-term stays for students in summer school and exchange programmes.

Q. What are the different types of student rooms in Amsterdam?

Q. What are the best areas for students to live in Amsterdam?

A. Amsterdam offers a great student life as it has everything a student needs, no matter where you live; you will always be able to enjoy everything this city has to offer. Oud-West (Old-West), Bos en Lommer, Overtoomseveld, and Slotervaart etc. are some of the most popular, and affordable areas you can find in Amsterdam.

Q. Can I view my student apartment in Amsterdam before booking?

Q. Can I pay my Amsterdam apartment rent in installments?

A. Yes. You can pay your rent in easy installments but you might have to get a guarantor support which totally depends from provider to provider. Installments can be paid via numerous modes of payment including bank transfer or your debit/credit card.

Q. Can I avail cleaning and laundry services at my student housing in Amsterdam?

A. Most properties have on-site card-operated washing machines that make laundry a breeze. Students are expected to keep their rooms clean while common areas are looked after by maintenance staff on a regular basis. If you’re unwilling to do the washing chores all by yourself, contact the reception for professional cleaning services at an extra fee.
Select To Proceed
Connect on Whatsapp
Instant chat now