All distances from city center Hull 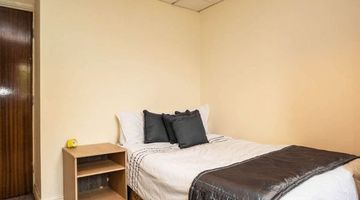 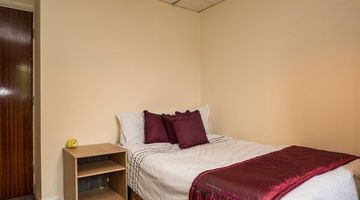 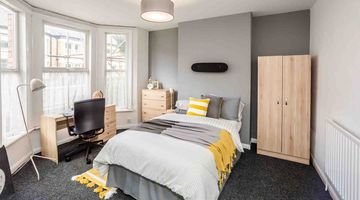 Everything about Student Accommodation Hull

Located upon the River Hull at its confluence, Kingston upon Hull (usually known as Hull) is a port city and unitary authority in the East Riding of Yorkshire, northeastern England. The town was founded in 1292 by Edward I as "Wyke-upon-Hull" which was later renamed as Kings-town upon Hull. It had been a market town, military supply port, and an industrial metropolis. Hull was an early theatre of battle in the English Civil Wars and struggled for a long time to get back on its feet after being heavily bombed during World War II. While the city does not have a cathedral, the Holy Trinity Church is a popular place of attraction, dating back to the 14th century.

Students from various parts of the world come to this city to study in its reputed universities. These students either stay in student hall provided by the universities or in private student housing Hull. These off-campus alternatives are located at a walking distance from the university campus and thus helps students save both time and money on daily commute. Those who are new to the city will not find it difficult to find an accommodation as there are student housing platforms like UniversityLiving who provide well-built student home in the city.

You’ll find several free museums throughout the UK, but in Hull no museum charge will you anything. The other good thing is that there are some pretty good museums in the city, like the Ferens Art Gallery, the Hull and East Riding Museum. If you want to learn about William Wilberforce and his contribution to ending the slave trade in the UK, the Wilberforce House should be on your list. The city is burtsing with art and culture, you can fing numerous small gallery exhibits as well as large art installations all over town. This boldly designed "submarium” known as The Deep is the deepest such aquarium in Europe. It has a main tank that's buried 33 feet underground allowing superb viewing opportunities from its spectacular glass elevator and walking tunnel.

Kingston Upon Hull is extremely affordable, which is not the case with many good cities in the UK. It is located quite close to many good places like a 15-minute train ride will take you to the lovely market town of Beverley and 10-minute drive will take you to the Humber Bridge, which is a huge 1.4-mile-long suspension bridge spanning the Humber estuary. This bridge was opened in the year 1981 and has gained quite a reputation since then for its harmonious blend of technology and aesthetics. Take part in the Freedom Festival – an urban festival of theatre, music, comedy and poetry.

Kingston Upon Hull is home to the famous University of Hull, which was founded in 1927 as University College Hull. It is a public research university that has been categorised as a 'younger civic university.' The university has a proud history of academic excellence and of creating and inspiring life-changing research. At University of Hull, you can find everything you need to study, live and socialise. There are more than 150 societies and clubs ranging from extra-curricular to political, from religion to activism to the whacky and wonderful, and everything in between. Students on the main Hull campus can opt to stay either in catered or self-catered rooms in University accommodation. They also have a choice of staying in private accommodations offering a wide range of student room types such as student studio, student apartments, en-suite rooms, and more.

Q. How can I secure a rental student accommodation in Hull?

A. There are 3 easy steps to follow and you are done: a) Make the choice of accommodation b) Pay charges like security deposit if any c) Confirm your booking with us. Simply do not worry if you cannot follow the steps, we are there to help as our experienced staff will make it effortless for you.

Q. What are the different types of student accommodation in Hull?

A. University Living and partner providers are into offering student specific homes popularly known as purpose-built student accommodation (PBSA). The best advantage of choosing such accommodation is its strategic location with room types like shared, studio, en-suite, and apartment style living. Students can also book rooms for a short-term stay when they are in the city for summer schools or exchange programmes.

A. The sooner done is better for you. This will give you more choices and best offers on room bookings. Book your accommodation 6 months in advance to avoid last minute cancellations.

Q. What are the different types of student rooms in Hull?

A. The four types of room are: Sharing: Shared rooms are there to share with 2 or more students alongside sharing washroom, kitchen, and other communal spaces. En-suite/Private: A private bedroom and bathroom, while other areas might be shared with fellow residents. Studios: A self-contained unit with a bedroom and cooking space with attached washrooms. Two people can also book one studio to share depending on rental policy.

Q. Can I get discounts for student housing in Hull?

A. Of course, discounts are available, provided you book as early as possible. This will leave you more choices and cashbacks will also be available to you and also for group bookings.

A. It solely depends on the provider if bills are included or not. However, many accommodations include bills of Wi-Fi, water, gas, electricity, and other facilities like gym and laundry in their rental amount.

A. University living team of professionals will never let this happen to you but in case you do have to change your mind due to some unforeseen circumstances, then we can help you on that. We will replace your room within 30 days for a one-time fee of £250.

Q. How do I know my student accommodation in Hull is safe?