All distances from city center Statesboro 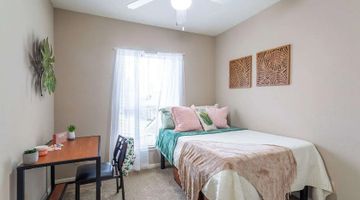 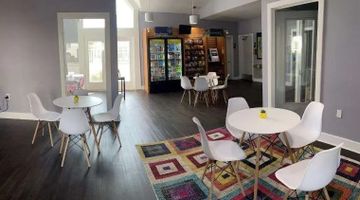 Everything about Student Accommodation Statesboro

Named one of nine Georgia "live, work, play" cities by the Georgia Municipal Association, Statesboro is the largest city and county seat of Bulloch County, Georgia, United States. The city is also home to the flagship campus of Georgia Southern University. The graduate programs of this university are offered three ways- on-campus, distance/online education, and also held at the satellite centers. The city is also home to two community colleges namely East Georgia Statesboro and Ogeechee Technical College, both located on U.S. Highway 301 South, 3 miles (5 km) from the campus of Georgia Southern.

With the rise in the number of students flocking to Statesboro, the universities find it challenging to accommodate students in the student halls, thereby creating a large demand for private student housing with campus-like facilities. These off-campus alternatives are located within walking distance of the city’s top universities to help residents cut down on both time and money on their daily commute. It’s easy to explore the city via the excellent public transport system, which includes inter-state buses, and cycleways known by the name of S&S Greenway Trail. Students can take these reliable modes of transport and also avail student discounts on their travel.

The accommodations in Statesboro is provided by University Living which is known for its end-to-end services dedicated to better university living for students to cover all aspects of living abroad, including the booking of student accommodation, local guarantor support, room essentials, airport transfers, welcome kits, and concierge services. The after-sales services of the website are at par with all needed support even after the services are met.

Statesboro has by and large known for its unique culture, which is commonly seen in many college towns, encouraging university students in creating an art scene, music scene and intellectual environment. There are numerous restaurants, bars, live music venues, bookstores and coffee shops that cater to its creative college town climate. Statesboro's downtown which is undergoing revitalization is the place where The Old Bank of Statesboro and Georgia Theater are situated. Sharing a subtropical climate with its neighbouring regions, Statesboro has humid summers and mild winters.

Q. What are the items that I am required to carry while traveling to Statesboro?

A. It is expected that students will bring their bed linens, kitchen utensils, cutlery, and bathroom essentials. We provide a service in the USA called "Room Essential Kit" for those of you who find this to be too much and will deliver to your registered address. You just need to fill out a form.

Q. What is the procedure to book my airport pick-up?

A. The procedure for booking your airport pickup is quite simple. All you are required to do is provide us with travel details like pickup date, location, time, and ride type. Once you are done with your payment, you will receive a confirmation email with all the details related to your ride and rider.

A. The Coastal Regional Commission and the City of Statesboro are partnering to provide transit service in Statesboro.

Q. Is it possible for my friend and me to book the same accommodation? Do group bookings qualify for a discount?

A. Yes, it’s possible. And whenever you refer a friend, you'll receive a freebie! Our group bookings also come with freebies, vouchers, and discounted prices.

Q. What is the list of documents I must have with me to resume my student accommodation with University Living?

A. Document requirements differ from property to property. Our standard requests from students are a copy of their passport, a letter verifying their enrollment in the university, and a bank statement.

Q. What if I damage anything at my student accommodation booked with University Living?

Q. Why does the student accommodations provider collect security deposits from us?

A. In addition to paying the advance rent, you are required to pay a security deposit to the accommodation provider. If a student violates the terms of the lease, this clause protects the property owner. Depending on whether there are deductions for property damage or not, the security deposit is either refunded or deducted from the rent at the end of the tenancy.

Q. In what ways can I pay my rent and can I avail installments option?

A. Transferring money from an overseas bank account is possible. An account with a local bank or PayPal is recommended. For the majority of US properties, installment payments are acceptable.