All distances from city center Lincoln 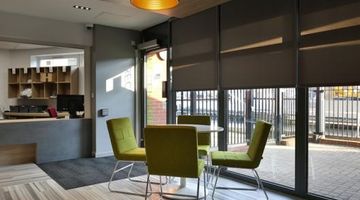 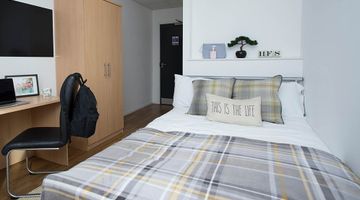 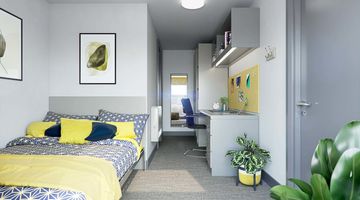 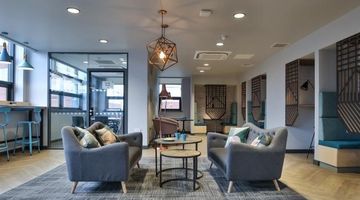 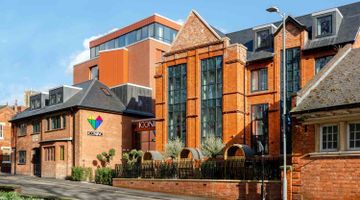 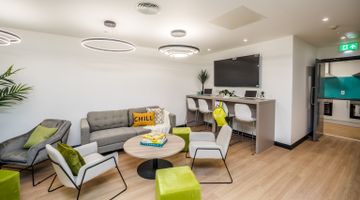 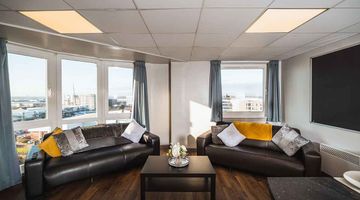 Everything about Student Accommodation Lincoln

Lincoln, located in the East Midlands in the county of Lincolnshire is a cathedral city. It is a historic Lincolnshire town with origins dating back to the Iron Age - more than 2000 years of history to discover. In 1916, the very first tank was built in the city, earning it the nickname "Tank Town" Later, the aviation industry boomed and most of the Royal Air Force bases were located around the city; Lincolnshire became known as "Bomber County". Today, the city is known as a prestigious university town, home to two of the best universities in the United Kingdom. It is also internationally recognized in the field of engineering.

Housing options for students in Lincoln

Finding suitable student housing in Lincoln can be difficult, but it is not unachievable. We offer you a variety of affordable accommodations with maximum comfort at a reasonable price. Many world-renowned universities, including the University of Lincoln and Bishop Grosseteste University, are located near the student accommodation in Lincoln provided by us.

In the city offers a variety of student housing options, inclu ding both expensive and budget-friendly alternatives. Since they are all designed for convenience, there are accommodations for every type of student in this city. The other student housing in Lincoln are private student housing, private dorms, and student residences

Cost of Living in Lincoln

The average monthly cost for an international student is around £792, including rent, food, transportation and entertainment. An en-suite room in Lincoln costs between £110 and £130 per week, while you may require to pay £120 to £190 per week for studios.

One of the most historic cities in the world, Lincoln is known for mixing the old with the new. Lincoln is a great place to live and study because it blends the bustling city centre and the historic Cathedral Quarter, both of which offer a rich array of attractions, activities, and services. In addition, the city not only offers a quality educational experience that makes it a great student city, but it is also considered one of the most affordable cities in the UK.

Every student has to deal with the necessities of life. On the other hand, student accommodation is an essential factor for students. The population of Lincoln is estimated to be around 106,000 people. Since universities are an important part of the city, the most common age group in Lincoln is 20 to 24years old. And since every student has different needs, most choose to live in a student-friendly neighbourhood while studying. Check the variety of student apartments in Lincoln offered by us. Some of the best neighbourhoods in this city include

There is much to see in Lincoln, from the remains of the Roman city gates and the well-preserved Norman fortifications to the beautiful mediaeval houses. Today, Lincoln is best known for its beautifully preserved old buildings and charming parks and green spaces, which you can easily visit from your student rooms in Lincoln. Popular attractions include

Q. How do I find a place to live in Lincoln?

A. It is a smooth and easy process to book your accommodation with us. 1. Choose the room you like 2. Pay your deposit 3. Get a confirmation

Q. How many types of rooms are there to choose from?

A. We are happy to offer a variety of rooms to choose from - studios, apartments, or private rooms.

Q. Is it safe to live in student houses?

A. We put our residents' safety as a top priority. We have CCTV cameras installed and also restricted access to ensure a safe living place for our residents.

A. It depends on the student accommodation but we have the option of providing parking facilities in some. Please get in touch with us for further details.

Q. Is there a group booking possible?

A. We can assist you with making a booking as a group to secure a place for you and your friends together.

Q. Is there any discount offer?

A. We do provide discounts for students who book early.

Q. What all is included in the rent?

A. Bills such as electricity, gas, water, wifi are all included. We also provide access to the gym and shared communal spaces to all our residents.

Q. Do you accept rent in installments?

A. We do accept rent in installments. All details are provided at the time of booking.