All distances from city center Wolverhampton 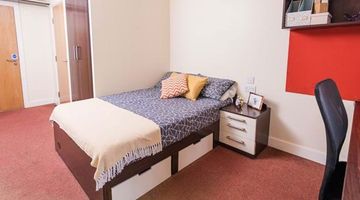 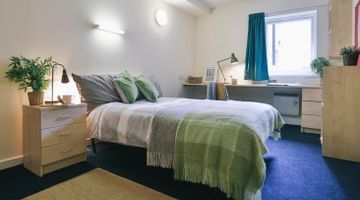 Everything about Student Accommodation Wolverhampton

Historically part of Staffordshire, Wolverhampton is a former industrial town now dominated by the service sector. It initially grew as a market town specialising in the woollen trade but became a major hub for coal mining, steel production, lock making, and the manufacture of cars and motorcycles during the industrial revolution. The days of coal pits and metal works are in the distant past, but manufacturing still plays a major role in the local economy.

Those going to study in this city can visit University Living website which is a managed marketplace with an AI and tech-enabled platform that helps students going abroad book student accommodation Wolverhampton. Students can discover, compare, and filter their choice of student room based on their living preference and budget, whether single or sharing. The company has teamed up with plenty of student housing providers with its primary focus on purpose-built student accommodation (PBSA).

Wolverhampton is a vibrant city, perfectly situated in the heart of the West Midlands, UK. Famous for its rich cultural diversity and as a flourishing centre for arts and entertainment, there’s plenty to do in the city. It is often ignored due to its proximity to the UK’s second largest city Birmingham, but it has something for everyone, from Premier League football to a Victorian manor and gardens. The city has the only traditional theatre in the Black Country, the Grand Theatre.

Things to do in Wolverhampton

If you’re visiting Wolverhampton then a tour of Bank’s Brewery is a must. It is one of the longest-running cask ale breweries in the country. On this tour, beer lovers can discover how Banks make their signature ales and even try some beer at the end of the tour. For those willing to dive into the history and heritage of Wolverhampton, City Centre walking trail will be right up your street. It is a 1 mile trail covering some of the most important sights of the city, and you’ll also be able to spot the city’s prominent landmarks, including St Peter’s Church and the statue of Prince Albert. Located right in the centre of the city, there is an art gallery which was opened in 1884 and houses more than 300 years of art. The gallery is free-to-enter and showcases everything from local history and Old Master paintings to fossils and archaeological collections.

The city offers various types of student homes, both on-campus as well as off-campus private accommodation. These student homes offer a wide range of student rooms like student studio, student flats, apartments, en-suite rooms and more. These student housings also provide a plethora of onsite amenities for the comfort of students like onsite card-operated laundry, private study areas, cinema room, kitchen, and much more. All the rooms are fully-furnished and offer a bed for a good night’s sleep, storage spaces, and private bathrooms.

The city is home to the famous University of Wolverhampton which is the main provider of higher education in the city. The University of Wolverhampton was granted university status in the year 1992 and since then there has been no looking back. Today the university has around 23,000 students enrolled in over 70 different subjects offered by its four faculties. You can find the main university campus is in the city centre, while the other campuses are located at Compton, and in the nearby towns of Walsall and Telford.

Q. How to rent student accommodation in Wolverhampton?

A. Just follow 3 easy steps to follow and you are done: a) Choose your favourite accommodation. b) Pay initial security deposit if any c) Get your booking confirmed. Simply do not worry if you are unable to follow the steps, our experienced staff will be more than happy to assist you in the process.

Q. What are the different types of student accommodation in Wolverhampton?

A. University Living is into providing student specific homes that are otherwise known as purpose-built student accommodation (PBSA). Such accommodations are planned in such a way that every need of the student is met. The location of the property is near universities and other places of interest. There are several room types like shared, studio, en-suite, and apartment style living. Short-term stay facility is also available for students in summer schools or exchange programmes.

A. Yes. There is no need to leave or change your accommodation during your internship period. Your lease period can be extended as long as you’re enrolled as a student at some university in the same city in the UK.

Q. What are the different types of student rooms in Wolverhampton?

Q. Are discounts available for student housing in Wolverhampton?

Q. Can I pay my student accommodation rent in installments in Wolverhampton?

A. Yes, easy installments options are available with or without a guarantor support. All needed information will be there for you at University Living website before you book your accommodation.