All distances from city center Belfast 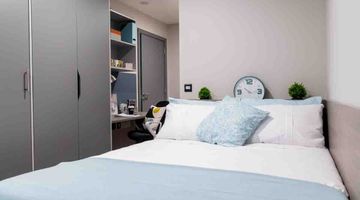 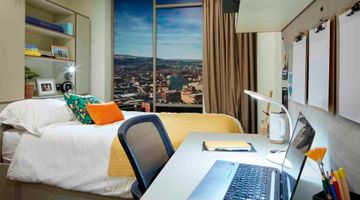 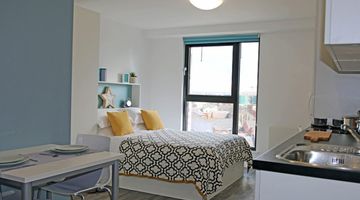 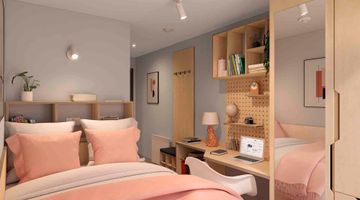 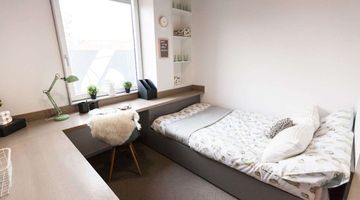 HOuse of Deals
Showing 1 - 9 properties out of 9
Page

Everything about Student Accommodation Belfast

Standing on the banks of the River Lagan, Belfast is the capital and largest city of Northern Ireland. It was a major port and played an important role in the Industrial Revolution in Ireland. The city earned the nickname "Linenopolis" because it was the biggest linen-producer in the world during the early 19th century. It boasts the world's then largest shipyard, the Harland and Wolff shipyard, which built the legendary RMS Titanic. Every year several international students come to Belfast to study and many of them choose to stay as the city offers great career opportunities.

University Living, a student housing platform helps students looking for accommodation to compare and book safe, secure, and private accommodation from the comfort of your home! All these off-campus alternatives are located within easy walking distance of the city’s top universities and the city centre.

The people of Belfast are known around the world for their hospitality. Their friendliness doesn’t magically stop even at the border between Northern Ireland and the Republic. No matter where you go, you can easily make a few friends whether you mean to or not. The Irish loves to drink and the same is true for the people of Belfast therefore you can find abundance of bars and clubs around the city. The Ulster Museum first opened its doors to the public in 1833 for various exhibitions and houses numerous exhibits over five floors and 8,000 square feet of floor space. In 2018, Belfast was named the world’s best food destination, overthrowing other good food destinations such as San Sebastian/Donostia in Spain.

The city’s history is the first thing which sets Belfast apart from other cities of Ireland. The now popular “Peace Walls”—the first of which was built in the year 1969—were created to separate warring Catholic and Protestant areas from one another during a time known as the “Troubles.” Visit Belfast Castle, which is tucked away on the slopes of the mountains in Cavehill Country Park.

Students can study in various top universities of the city and enjoy their social life as well to the fullest. There are several student homes located in close proximity to the city centre which has a wide range of bars, cafes, restaurants, and pubs. The city has some of the best nightlife you can find in all of Ireland. If you visit here, be assured to not be left without something to do when night falls. Students living in private student accommodation Belfast can choose from an array of student room types - student studio, apartments, flats, en-suite and shared rooms. All thes rooms are fully-furnished and are a cut above regular on-campus housing. You can enjoy various on-site amenities such as fully-functional gyms, card-operated laundry, modern games rooms, common spaces to socialise in, private study spaces, and plenty more. Those who are new to the city will find the city relatively small and easy to get around on foot. There’s also a good network of buses and trains for travel in and around the city whicich makes travelling much more convenient.

Belfast is home to two renowned universities - Queen's University Belfast and Ulster University. Both these places of higher education are quite popular among students who flock to the city in in hoards every year. Queen’s University Belfast was founded in 1845 and is a member of the famous Russell Group. The main campus of the university lies on the southern fringes of Belfast city centre.

Q. How can I secure a rental student accommodation in Belfast?

A. There are 3 easy steps to follow and you are done: a) Make the choice of accommodation b) Pay charges like security deposit if any c) Confirm your booking with us. Simply do not worry if you cannot follow the steps, we are there to help as our experienced staff will make it effortless for you.

Q. What are the different types of student accommodation in Belfast?

A. University Living and partner providers are into offering student specific homes popularly known as purpose-built student accommodation (PBSA). The best advantage of choosing such accommodation is its strategic location with room types like shared, studio, en-suite, and apartment style living. Students can also book rooms for a short-term stay when they are in the city for summer schools or exchange programmes.

A. The sooner done is better for you. This will give you more choices and best offers on room bookings. Book your accommodation 6 months in advance to avoid last minute cancellations.

Q. What are the different types of student rooms in Belfast?

A. The four types of room are: Sharing: Shared rooms are there to share with 2 or more students alongside sharing washroom, kitchen, and other communal spaces. En-suite/Private: A private bedroom and bathroom, while other areas might be shared with fellow residents. Studios: A self-contained unit with a bedroom and cooking space with attached washrooms. Two people can also book one studio to share depending on rental policy.

Q. Can I get discounts for student housing in Belfast?

A. Of course, discounts are available, provided you book as early as possible. This will leave you more choices and cashbacks will also be available to you and also for group bookings.

A. It solely depends on the provider if bills are included or not. However, many accommodations include bills of Wi-Fi, water, gas, electricity, and other facilities like gym and laundry in their rental amount.

A. University living team of professionals will never let this happen to you but in case you do have to change your mind due to some unforeseen circumstances, then we can help you on that. We will replace your room within 30 days for a one-time fee of £250.

Q. How do I know my student accommodation in Belfast is safe?