All distances from city center Canberra 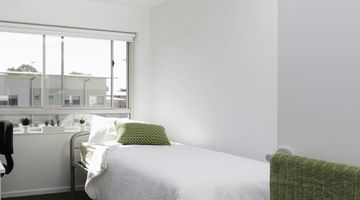 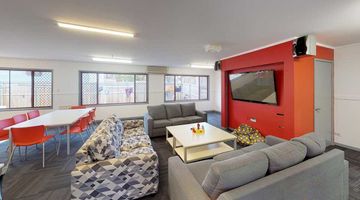 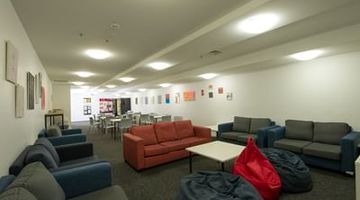 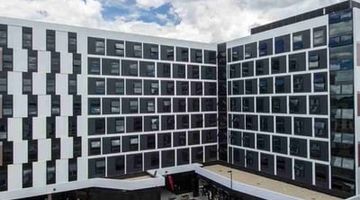 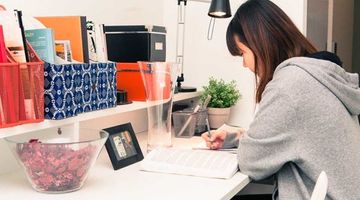 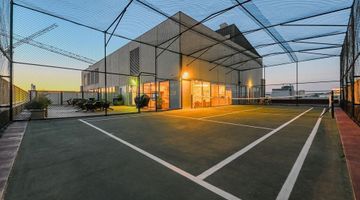 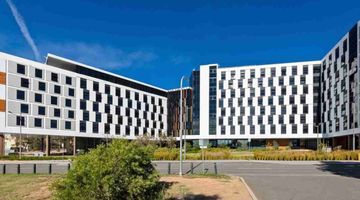 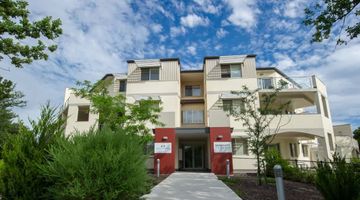 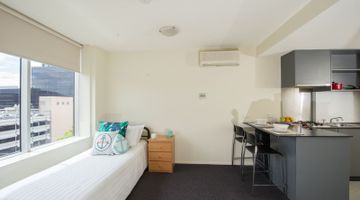 Everything about Student Accommodation Canberra

Canberra is the capital city and the largest inland city of Australia, and is the eighth largest metropolis in the world. The city is located at the northernmost point of the Australian Capital Territory and at the northernmost point of the country's highest mountain range, the Australian Alps. Indigenous Australians lived in the place chosen for the capital for up to 21,000 years, with the Ngunnawal people being the principal ethnic group. The city is very well planned and thought out and has excellent infrastructure, including the best roads in the country and a vast area of land set aside as parks, bush reserves and extensive cycling and walking trails. The city offers many adventurous and fun opportunities for students.

Canberra is famous for its museums, research centres, nightlife and tourist attractions and attracts international students every year. The city offers a contemporary student life experience while being on the quieter side of city life. You can always go out for a cheap meal or drink in the numerous shopping centres, restaurants, boutiques and bars which are in the vicinity of your student apartments in Canberra.

Canberra is a major place that welcomes students from all over the world. There are many opportunities for students to enjoy themselves, dine and shop. Canberra's main streets fascinate students. High Street is the shopping centre you are looking for. You can buy a variety of clothing items on the high streets. There are many restaurants and cafes in Canberra where you can go out to eat or meet friends for a coffee. There are no limits to entertainment and fun in Canberra. The best places to go out in Watford are Hippo Co, Mooseheads, Shorty's, Reload Bar and Games. For sports enthusiasts, there are numerous sports clubs and organisations.

Cost of Student Living in Canberra

Though the city has a higher standard of living, yet Canberra is popular as a more affordable study destination compared to Melbourne and Sydney. This makes the city even more attractive to international students.

Cost of living: Compared to other Australian cities, living in Canberra is affordable for students. For example, you can get a regular cappuccino at a cost of about $3.46.

Student-friendly neighbourhoods: The city's sleek, modern neighbourhoods, which are close to the various university campuses and are great places to live, make it an ideal choice. Students can rent a variety of student housing in Canberra here that offer comfortable and affordable student housing options.

Student Rentals: You can find the affordable rentals in Canberra starting at AU$162 and also avail deals as low as AU$200, and you will not have to worry about amenities and bills as the everything is inclusive in the monthly rent.

Canberra is known as Australia's capital city and is sometimes affectionately referred to as " The Bush capital" because it is surrounded by sweeping nature reserves and surrounding mountain ranges. The world-class exhibits, spectacular events and incomparable arts and culture scene come together to make Canberra even more unique and a traveller’s delight.

Best Locations in Canberra for students

Barton is a lakeside suburb adjacent to Capital Hill and located just south of downtown - six minutes by car or 21 minutes by public transit. The area is home to a number of Commonwealth government buildings and has a low percentage of single dwellings and a high number of residential units. Barton has parks and educational facilities in close proximity.

Yarralumla is a large inner suburb of Canberra located on the shores of Lake Burley Gryphon and adjacent to Capital Hill - a short two-minute drive into the city or an 18-minute public transport ride. The suburb features abundant green space and offers proximity to parks for 100% of residents and easy access to educational facilities for 66% of residents.

Forrest, named after one of the fathers of the Australian Constitution, Sir John Forrest, is an affluent suburb near Capital Hill, about five kilometres south of the city centre - a four-minute drive from downtown. Affluent Forrest is one of the few suburbs built to Canberra's original plans - with many circular and geometric patterns in the streets. In Forrest, 100% of residents have parks close to their homes, and 72% of residents have educational facilities nearby.

Deakin is located about five kilometres southwest of downtown - three minutes by car or 12 minutes by public transportation. Deakin is a predominantly residential suburb that is also home to the Prime Minister's official residence, The Lodge, and the Royal Australian Mint. The suburb offers 100% of residents the opportunity to live near parks, and 41% of residents have educational facilities nearby.

Five kilometres south of Canberra's city centre is Red Hill - a suburb known for its expansive green spaces and extensive nature reserve. Red Hill is just seven minutes by car or 36 minutes by public transport from the city centre. 100% of residents have parks in close proximity to their homes and 91% have education facilities in close proximity. Hence, you can find different options of student rooms in Canberra here.

Canberra is one of the few major Australian cities that is not near the coast, so unfortunately there will be no surf days. However, Canberra has many other natural attractions to offer.

If you prefer the tranquillity of a picturesque green environment, you will hardly miss the days at the beach. Canberra's skyline, also known as "The Bush Capital", is surrounded by lush green mountains - unlike Melbourne and Sydney, which are dominated by high-rise buildings.

On weekends, you can kayak on the still waters of Lake Burley Griffin, hike the scenic bush trails of Black Mountain Nature Reserve, or enjoy the views from the top of Mount Ainslie.

You can visit Canberra Nara Peace Park, Tidbinbilla Nature Reserve or Weston Park to bask in nature or spend an ideal picnic afternoon with friends. With internationally recognised exhibitions and events held throughout the year, you can explore the city socially and culturally at the National Museum of Australia and the National Gallery of Australia.

Canberra is known for its museums, nightlife, tourist attractions and universities and is also home to several top educational institutes and research centres. Being the most educated city, it is nicknamed as the ‘The Clever Capital’. The city is also popular for its world-class education and well-educated workforce. The top universities in the city are:

Q. How can I get a student room in Canberra?

Q. What are the types of student houses in Canberra?

A. University Living provides purpose-built student accommodation to the students which are located close to the universities. Students have an option to choose from shared and private rooms and studios and apartments. Students can choose from them according to their priorities.

Q. How is safety ensured on the property?

A. University Living ensures that all the properties are checked by the team of representatives, apart from that each accommodation follows foolproof safety measures such as restricted entries and secured doors. Students can feel completely safe while they are living on the property.

Q. Where can I live during my placement year period?

A. Even if you are in the placement year you will be associated with a university and thus can stay in any accommodation listed on the university living website.

Q. What are some of the most popular places in Canberra that students like?

A. Student areas in Canberra offer everything that any student might need to lead a comfortable life. Some of the most popular places to live in the city are Campbell, Lyneham, Red Hill, Cutin, Lyons, and Kaleen. These places are student-friendly.

Q. Are there any discounts on the student property in Canberra?

A. Students booking their accommodation well in advance can get great discounts and offers, also if you book in groups you can get a great offer.

Q. What kind of on-site amenities are available on the property?

A. Any accommodation you book through University Living will have on-site amenities. Students once move in can use things such as a fitness room, fully fitted kitchen, bike storage units, and much more.

Q. Can I have a look at my property before booking?

A. Yes, University Living offers provisions for students to view your accommodation before booking. A virtual tour can be done by contacting our experts.