All distances from city center Lancaster 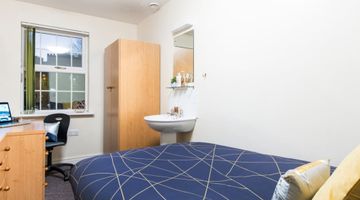 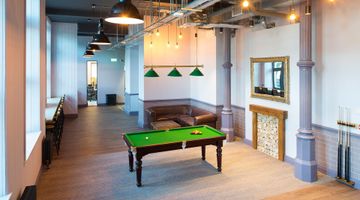 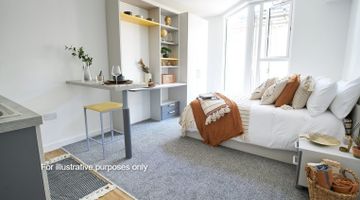 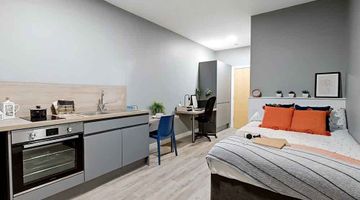 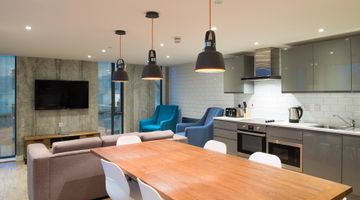 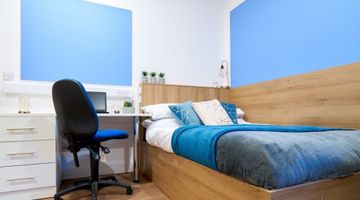 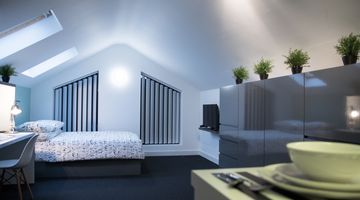 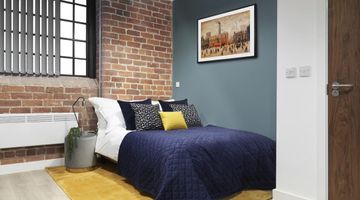 Everything about Student Accommodation Lancaster

Lancaster is a city in England that stands on the River Lune. It’s one of UK’s Heritage Cities that is vibrant and quirky with a captivating past and a cultured present. After lectures or on a holiday, visit the Lancaster Castle to step back in time. The castle dates back 1,000 years and this a hilltop grade I-listed fortress was a prison for centuries. This stunning Georgian town is packed full of eccentric boutique shops and stunning architecture. Food lovers can take advantage of the bi-weekly Charter Market, before catching up with friends in chic coffee shops and cafes.

University Living is a managed marketplace where students going for their higher education can book student accommodation Lancaster. The accommodations listed on their websites are known as purpose-built student accommodations (PBSA). Most of the off-campus student home are located within walking distance of the city’s top universities to excessively cut down on commute time. Apart from accommodation, students can also avail numerous value-added services provided by University Living like pick and drop facility, currency exchange, doorstep delivery of SIM-card, and more.

Lancaster is a smaller city compared to some of its neighbouring cities like Liverpool and Manchester, which makes it quite easy to explore so you’re sure to get to know your new home very well. Despite its small size, you can find numerous tourist attractions from the ancient Lancaster Castle to the canal and the River Lune, all the way to the seaside town of Blackpool or the gorgeous Lake District National Park. The cost of living is also low in comparison to other big cities like London, Leeds, and more. People in the north of England are known for their friendly nature. Lancaster is no exception to this, and many international students find it easy to blend in and living here quite welcoming.

The low cost of living in Lancaster is useful when renting a student accommodation, but it will also benefit students from cheaper grocery costs and travel costs. Prospect Street is the centre of student activity and is conveniently situated just a 5-minutes’ walk from the centre of town. It is also quite close to the bus routes 2, 2A or 3, which can get you all around Lancaster. For those looking for greenery for picnics and walks in summers, nothing can beat this place. The city is a beer lover’s paradise and was called the "Little Munich of America."

Students opting to study in this city can take a pick from safe, secure, and fully-furnished student rooms near Lancaster University and the University of Cumbria in Lancaster. There a wide variety of rooms on offer depending on the location and budget - student studio, flats, student apartment, en-suite rooms, and shared rooms.

The city is home to the famous Lancaster University, located just south of the city at Bailrigg. The university was founded in the 1960s and currently employs 3,000 staff and has 17,415 registered students. In the city, you can also find a major campus of the University of Cumbria which was formed from the merger of St Martin's College, Lancaster and the Cumbria Institute of the Arts. Lancaster is a member of the N8 Group of research universities and also ranked in the top ten in all three national league tables.

Q. How can I rent student accommodation in Lancaster?

Q. What are the different types of student accommodation in Lancaster?

A. University Living offers purpose-built student accommodation (PBSA) close to various top universities in Lancaster. These accommodations come with fewer restrictions and more options, so the students can enjoy a comfortable duration of stay. You can pick from shared and private rooms, studios, and apartments. We also provide short-term stays for students in summer school and exchange programmes.

Q. What are the different types of student rooms in Lancaster?

A. The major room types are: Sharing: This is where 2 or more students share a single room, washroom, kitchen, and other communal spaces. En-suite/Private: This includes a private bedroom and bathroom, while the kitchen and living areas are shared. Studios: This is a self-contained unit with a bedroom and cooking space along with a private washroom.

A. This depends on the accommodation you choose, but most of our student properties in Lancaster have bills included, so you don’t have to worry about paying for anything else. The bills include Wi-Fi, water, gas, electricity, and other facilities such as a fitness centre, games room, bike storage, laundry, TV, and more.

Q. What are the best student neighbourhoods to live in Lancaster?

A. Lancaster is a beautiful city with a lot going on. There are several diverse and beautiful areas to live in as a student such as Prospect Street, Greaves Road, City Centre, The River Lune, and more.

Q. How do I know my student accommodation in Lancaster is safe?