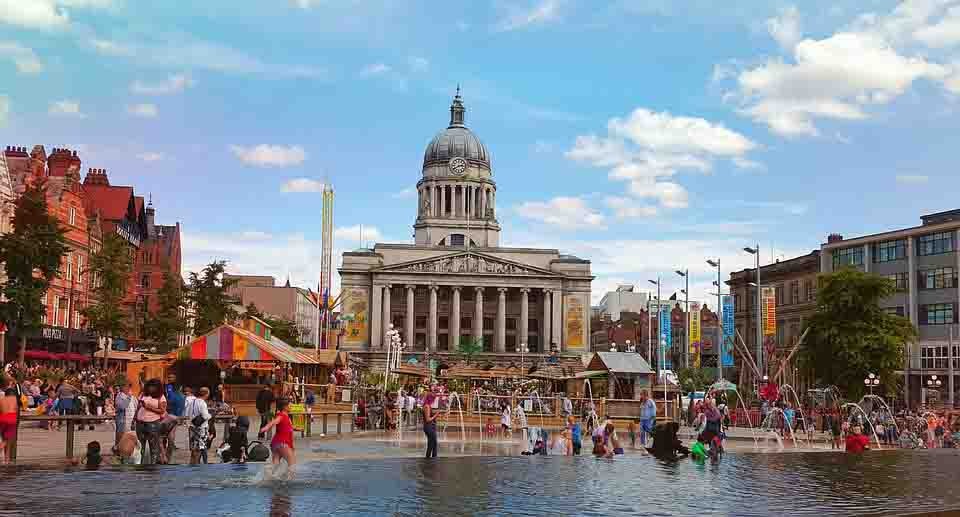 Top properties in University of Nottingham

Explore Properties near University of Nottingham

University Living helps you compare and book the best ensuite rooms, studios, and shared flats for students in University of Nottingham. Consult our 24/7 support team.

Explore properties near University of Nottingham

Other Universities in Nottingham

Founded in 1881, the University of Nottingham is a public research university based in the East Midlands in the UK. Currently ranked in the top 100 universities in the UK (QS World University Rankings), the University of Nottingham is a pioneer in providing exceptional research-led education. With campuses around the world – in Malaysia and China – it is truly a global university along with being a member of the Russell Group.
Campus and Facilities
The university’s main campus, University Park Campus is a vibrant student hub with a diverse cultural mix. The Jubilee Campus has won various awards for its landscaped gardens and outdoor space; Sutton Bonington Campus known for its countryside location; and King’s Meadow Campus which is home to many of the university’s business courses and professional services. The campuses also offer top gym facilities and library for the students to make use of during their spare time. The university also has a healthcare centre and a pharmacy on-campus.
Faculty and Courses
The university campus comprises five faculties: arts, engineering, medicine and health sciences, social sciences, and science. The QS World Rankings by Subject ranked the university’s courses Pharmacy & Pharmacology eighth in the world and fourth in the UK; Nursing 27th in the world and fifth in the UK; Veterinary Science 36th in the world and seventh in the UK); and English Language and Literature 48th in the world and 16th in the UK.
Student Accommodation near University of Nottingham
The University of Nottingham receives one of the largest numbers of applications per undergraduate place in the UK. Currently, there are over 46,000 students enrolled in the university (including 11,500 at the international campuses), and over 10,000 of whom are international students from across the world. This makes it difficult for most of the students to get accommodation on the campus, so they have to look for alternate housing options. University Living can help students find accommodation near the university campuses depending on their living preference.
Student nightlife
Nottingham has many bustling eateries offering cuisines from around the world – tapas, sushi, to dumplings. When you want to have a night dancing away, there’s the city’s live music and vibrant club scene. The city is also home to a popular theatre and cinema scene, with the Theatre Royal and Nottingham Playhouse which are two of the most famous ones in the UK.
Getting around
Nottingham is well-connected via public transport, making it extremely easy to travel around the city even if you are new to the place. The city also benefits from a network of traffic-free cycle routes for when you feel like exploring your surroundings. Nottingham Express Transit is the tram system that connects the city. Currently there are two lines, with a total of four destinations: Phoenix Park and Hucknall in the north, and Beeston and Clifton in the south. There are currently regular train services operated by East Midlands Railway from the city taking you to London, Leeds, Liverpool, and Sheffield.