All distances from city center Waterloo 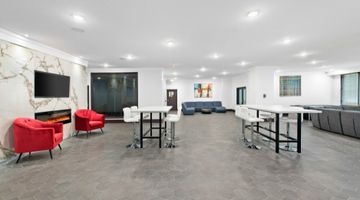 Everything About Student Accommodation Waterloo

Waterloo is a city in the Canadian province of Ontario. It is one of three cities in the Regional Municipality of Waterloo (formerly Waterloo County). Waterloo is situated about 94 km (58 mi) southwest of Toronto. Due to their close proximity, the cities of Waterloo and Kitchener are often referred to as "Kitchener-Waterloo" or "K-W". Those who want to live off-campus consider affordability and freedom as two major reasons for choosing to do so. The best places/streets to live, depending on one's taste, budget and general lifestyle preferences for students are Ezra Avenue, Columbia Street West & East, and Regina Street.

Waterloo refers to the downtown area and the surrounding towns as "uptown", while the Kitchener city center is referred to as "downtown" in comparison as Waterloo historically was a township whereas Kitchener was officially a city. The Grand River flows southward along the city's east side. Waterloo has a humid continental climate of the warm summer subtype this means that there are large seasonal differences, with warm and humid summers and cold winters. Compared to other parts of Canada, Waterloo has fairly moderate weather in most areas throughout the year. There are many events and festivals in Waterloo to enjoy such as Waterloo Busker Carnival taking place in August, Southwestern Ontario Biomass Energy Fair in September and Waterloo Festival for Animated Cinema in November.

Waterloo, ON is widely known as a university town. Every September students flock there to study at the University of Waterloo and Wilfrid Laurier University. Both institutions have excellent reputations in their own fields. This makes them an attractive school choice for many high school graduates hoping to attend post-secondary education opportunities. Conestoga College, also located in Waterloo, is a community college with campuses in nearby Kitchener, Guelph, and Cambridge These educational facilities are among the city's top employers.

Waterloo is a great place to live. It’s an ideal location for university students and those in the business world who want a lot of things to do nearby. For example, you can go drinking with friends after attending seminars at WLU or get your morning coffee while enjoying some scenery at Woodside Park. There are plenty of nightlife places in Waterloo, mostly centred around Uptown Waterloo which is where students hang out after class or during lunch break. Kitchener is next door which hosts the biggest Oktoberfest celebration in North America as well as music festivals such as Kitchener Blues Festival, KOI Music festival and even Ever After EDM festival.

Waterloo Region ranks in the top five urban regions of Canada for per capita immigration and diversity. That means it has a culturally diverse population that is one of the most open to people from other countries.