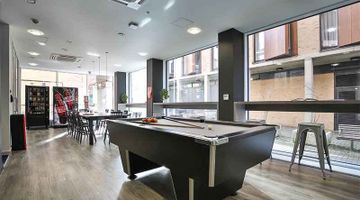 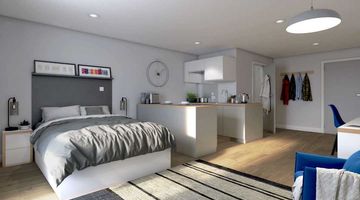 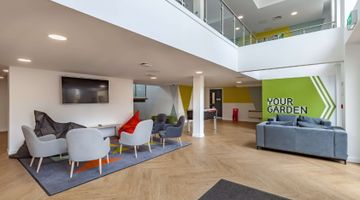 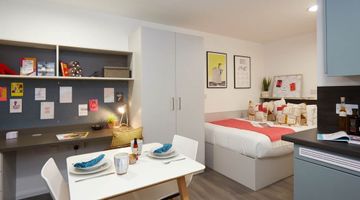 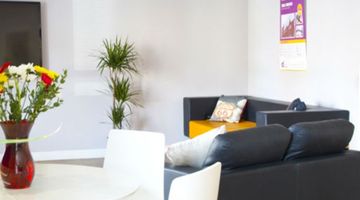 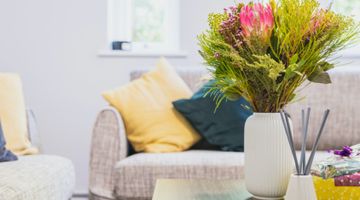 Everything about Student Accommodation Oxford

Formerly known as Oxenaforda, Oxford is known as the ‘city of dreaming spires’. It is situated in the south-east of England and houses the world’s most prestigious universities. It is also a book lover’s paradise with Blackwell regarded as the biggest academic and specialist bookseller in the entire United Kingdom. The city is world-renowned for its medieval architecture, history and vibrant culture. The city centre is quite compact and mostly pedestrianised, making it perfect for walking or cycling. Oxford is an expensive city to live with some areas having prices on a par with London.

There are several student accommodation Oxford which are located close to the university campus. These properties are owned by university or private providers. These off-campus alternative to student hall are well-built and furnished with all the basic amenities. University Living, a student housing tech-enabled platform allows students to find, compare, and book the right student home as per their budget and other preference.

Home to one of the world’s most renowned institution of higher education, Oxford is a city which is superbly built and rich with history. The city has wonderful buildings built in every style of English architecture from the late Anglo-Saxon and several industries. If you’re someone who likes watching movies, then you must surely visit Grand II listed, The Ultimate Picture Palace on Cowley Road. The iconic and inspiring architecture of the city can be seen on the silver screen in famous movies such as Harry Potter, Transformers, and Cinderella, to name a few. The city is quite small and can be easily travelled by bicycle. For a taste of the exotic, head to the popular Botanic Gardens on the banks of the River Cherwell. These are the oldest botanical gardens in the UK and feature several greenhouses with tropical plants.

In Oxford, you can get a taste of real ale and some history. Enjoy a drink at the King’s Arms which is considered as the oldest pub in Oxford and even has its own resident ghost. The city also has plenty other incredible cocktail bars such as Raoul’s Bar known for its creative cocktail menu and intimate surroundings. There is a covered market in the city which was establishedback in 1774 and is today home to over 55 stores, stalls and food outlets. Oxford is loved by foodies and tipplers alike as it is one of the UK’s most ethnically diverse cities and living here will provide you will a wealth of exciting food and drink options.

The city is home to the famous University of Oxford which offers one of the best educations on this planet and has been doing so for a very long time. The university was established in the 10th century and since then has been among the best five universities in the world. Students coming to study in this city can opt from a selection of student room types based on their budget and other preferences – shared and en-suite room, student flat, student studio, and apartments. Over the last millennium, many great figures such as Stephen Hawking, Harper Lee, Bill Clinton, have lived in Oxford and attended its university.

You’ll always enjoy living in Oxford as it is a young city with more than 40,000 students from two universities. The city has Purple Flag status and ranked among the top ten safest student cities. For those looking for entertainment can find everything from student club nights to stand up comedy, cinemas and an abundance of live-music venues.

Q. How can I rent student accommodation in Oxford?

Q. What are the different types of student rooms in Oxford?

Q. What are the different types of student housings in Oxford?

Q. Are the bills included in the rent for my student home in Oxford?

A. This depends on the accommodation you choose, but most of our student properties in Oxford have bills included, so you don’t have to worry about paying for anything else. The bills include Wi-Fi, water, gas, electricity, and other facilities such as a fitness centre, games room, outdoor courtyard, laundry room, and other communal spaces.

Q. Can I view my student apartment in Oxford before booking?

Q. Will I get cleaning and laundry services at my accommodation in Oxford?

A. Most properties have on-site, coin-operated washing machines that make laundry a breeze. Students are expected to keep their rooms clean while common areas are looked after by onsite maintenance staff at regular intervals. If you are unwilling to get your hands dirty, contact the reception for professional cleaning services for an extra fee.

Q. How do I know my student home in Oxford is safe?

Q. Where can I stay in Oxford during my placement year?