All distances from city center Bradford 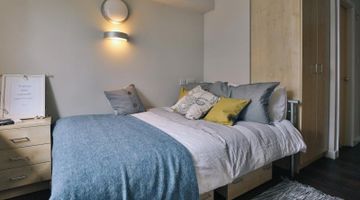 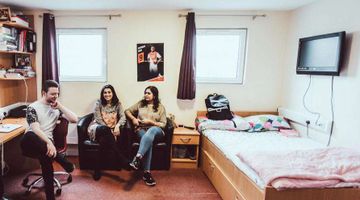 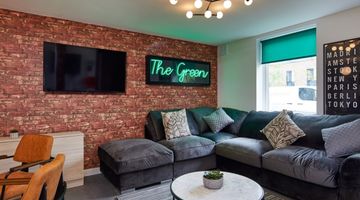 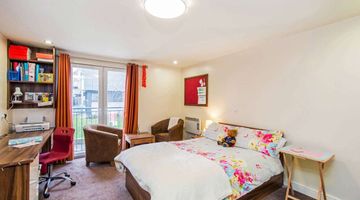 Everything about Student Accommodation Bradford

Lying in the eastern foothills of the Pennines, Bradford is one of the largest cities in the UK. It is a metropolitan borough in West Yorkshire, England with a population of over 500,000 people. Bradford is the 3rd-largest city in the Yorkshire and the Humber region after Leeds and Sheffield and the 7th-largest in the United Kingdom. The city has made several contributions to the film industry and was also the world’s first City of Film by UNESCO (The United Nations Educational, Scientific and Cultural Organization). It’s an interesting place to live just 45-minutes’ drive away from Leeds and an hour's drive from Manchester.

University Living, an AI and tech-enabled managed marketplace is the right place for those who are going abroad for their higher education and looking for student accommodation Bradford. It offers private accommodations which are popularly known as purpose-built student accommodations (PBSA). These are off-campus alternatives offer a wide selection of student room types as per your budget and other preferences like – student apartment, student flat, shared and en-suite rooms.

The city flourished and reached its peak during the Victorian period thanks to its textile manufacture, particularly wool. The city still has a large amount of listed Victorian architecture from this period, including the grand Italianate City Hall. Located in the centre of the city’s historic trading quarter, Sunbridge Wells offers a truly unique, contemporary retail and entertainment experience but with a firm nod to the past. The unique feature about this place is its subterranean setting, with a large number of Victorian-style units running the length of several underground tunnels. If you want to enjoy the evenings with friends then a visit to the popular ‘The Underground’ is a must. It has rapidly become one of Bradford’s most popular nightspots, hosting a wide range of musical acts across a variety of genres.

Things to do in Bradford

Visit the National Science and Media Museum to know about the science and culture of light and sound technology. It has 3 cinema screens, some interactive galleries, and exciting collections of photography, film and TV. When you wish to relax and enjoy some me-time, head to the Peel Park has, a large area of parkland with a beautiful lake. The park holds a Green flag and you can play tennis and other sports with your friends here. Another nice place to visit is the City Park where you can see fountain displays with laser lights at dusk. Constructed in 1913, the Bradford Alhambra Theatre is a notable historic point on the Bradford horizon, together with the arches and skyline of the Bradford Odeon.

The city is home to the famous University of Bradford, which received its Royal Charter in 1966, but dates back to the 1860s. It’s a public research university with a student population of around 10,000 students from different countries around the world. The university is considered as one of the world’s great technology universities, offering world-class teaching, underpinned by cutting-edge research with practical applications to solve modern day’s problems. The main campus of University of Bradford is within easy walking distance of the city centre, where you can find a wide range of bars, cafes, and restaurants.

Q. How do I book my student house in Bradford?

A. In just three steps you can book your student accommodation with us. Starting by choosing the right property according to your needs and wanting to continue to pay the security deposit if asked by the property and finally going on to confirm your booking. After that sit back and enjoy the free guidance that we provide to you.

Q. Is the property I choose to live in safe?

A. Absolutely, the accommodation that you choose to live in will come installed with CCTV, secure Door Entries, and Areas with Restricted Access. Apart from that our team of on-ground members will do a complete verification of the property beforehand.

Q. Can I stay with my friends in the same accommodation?

A. Yes of course you can choose a property with multiple rooms where you can share your accommodation with your friends. Contact our experts they will help you find a common accommodation.

Q. Do you offer any kinds of discounts while booking?

Q. Where are the best places to stay in Bradford?

A. Addingham, Baildon, Burley in Wharfedale, Cullingworth, Denholme, Eastburn, Eccleshill, Haworth, Menston, Oxenhope, and Queensbury are some of the most liked places to stay as a student. If you choose the accommodation in the right area you will enjoy your student life.

Q. What all things should I consider before booking my accommodation?

A. There are several things that one should consider before booking student accommodation. Two of the most important things to take into consideration are the rent you want to pay and the area you want to live in. Other things to keep in mind are the type of room according to your needs and wants, the size of the room, and proximity to the university you are studying in.

Q. Do you provide a parking facility on the property?

A. Parking is not provided by all the providers, your accommodation expert will help you find the property that has parking facilities on the property.

Q. What will happen to my accommodation in the placement year?