All distances from city center Melbourne 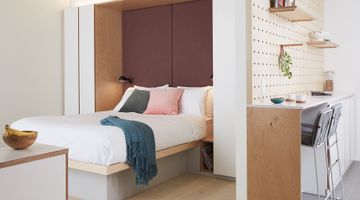 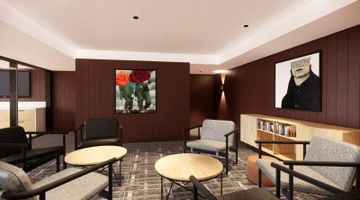 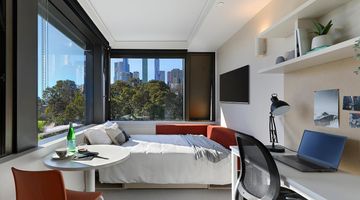 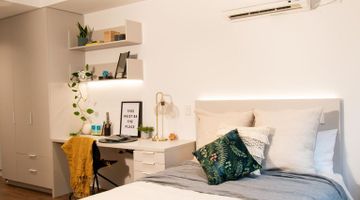 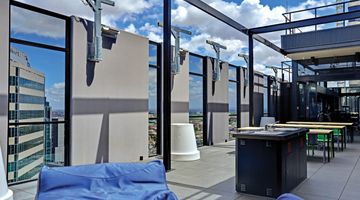 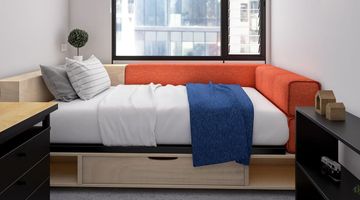 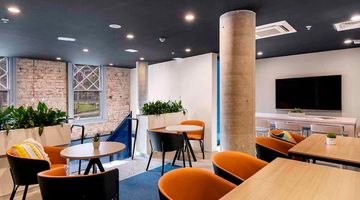 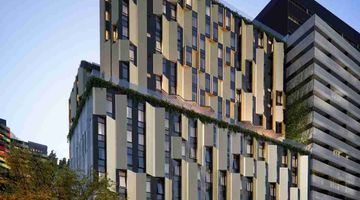 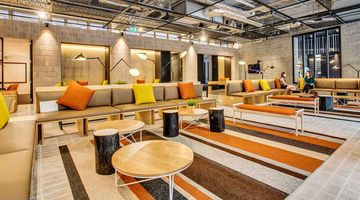 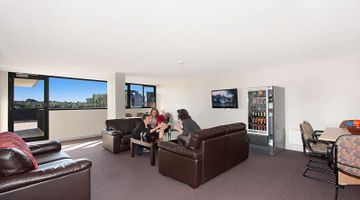 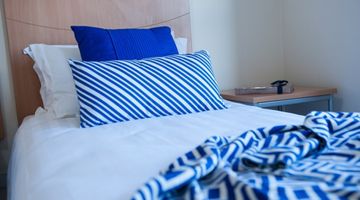 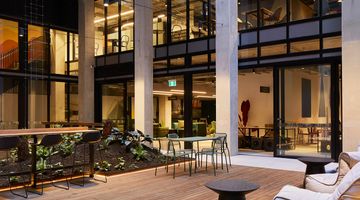 Everything about Student Accommodation Melbourne

Melbourne is all about the perfect blend of rich cultural history and new-age trends. As the sun goes down, the city comes to life with a vivacious dining scene as well as events and exhibitions. Explore the bustling laneways, trendy neighborhoods, and sophisticated dining to get a taste of life over here.

This coastal metropolis added with a cosmopolitan ambiance attracts thousands of visitors each year. It is quite easy to see why the city is referred to as Australia’s cultural capital. The beauty of the town is enhanced by the striking galleries, museums, gardens, and nature reserves. The places to visit here are not short of a wonder in themselves and the city has left the world amazed.

Melbourne has around 5 million inhabitants. It is the second largest city in Australia after Sydney in the state of Victoria. Melbourne is often ranked as one of the world’s best places to live. As one of the most popular student destinations in Australia, if you want to study in this city, you need to start your search for student accommodation Melbourne early so you can snag the room you want easily. University Living offers a wide range of student housing in Melbourne as per your budget and preferences.

The city has been recognized as Australia’s best student city and one of the best student cities across the globe. The city has a vibrant culture and offers different opportunities and many hotspots including some of the most beautiful beaches. As an international student, you are guaranteed to have excitement and fun in Melbourne.

Student life here is quite dynamic. If you love premium dining, then Red Spice Road, Lake House, and Chin Chin are among some of the finest restaurants in Melbourne as they offer sumptuous food. The Toff in Town and Price Bandroomise are some of the best go-to bars if you want to chill by trying some amazing drinks and live music. If you are feeling to let it go and grooving to the latest beats, then Revolver Upstairs and Radar are the perfect places for you. They are cities with some famous clubs and guarantee a nightlife filled with fun, joy, and a spirit of excitement for your student life.

If you feel like getting a dose of culture, then go to Federation Square which is a trendy art and culture venue on the edge of the Melbourne central business district. It is situated next to the Flinders Street station, so it is easily accessible through public transport. If you like animals or good food, you don’t want to miss the Royal Melbourne Show, an annual agricultural event held every September at the Melbourne showground, northwest of the city center. It’s a great chance to get up close to the farm animals and enjoy some amazing food and drink.

Cost of Student Living in Melbourne

The general living expense in Melbourne as declared by the Australian Government is around $21,041 per year. As per a study, generally, international students spend between $20,000 and $27,000 per year. However, it differs and depends on the living arrangements and personal choices of each student. The private accommodation in Melbourne includes deluxe as well as affordable en-suites, studio apartments as well as shared housing that are all-inclusive of utility bills. The student accommodation rates vary as per the accommodation. There are different kinds of housing choices for the students available who are on the lookout for short-term tenancies in Melbourne.

Melbourne is recognized as the cultural capital of Australia. There is everything for everyone. From great food to museums and galleries, you can come across many places of interest. If you love to try different cuisines, be it Greek, Indian, or Spanish, this place is a paradise.

Albert Road South Melbourne: South Melbourne is rated as one of the finest suburbs when it comes to choosing the right student accommodation. With its beautiful streets, stunning apartments, and proximity to major attractions, Albert Road has been a constant student favorite for years. This place is hardly a five-minute walk to the RMIT University city campus.

Mackenzie Street: Living at Mackenzie Street offers easy access to the top Melbourne universities such as RMIT, University of Melbourne, Monash University, and more. You will also be living super close to the Melbourne CBD and also adjoining the suburb of Carlton Gardens and World Heritage Buildings. You can different kinds of student apartments in Melbourne easily.

Collins Street: Live in the heart of Melbourne through Collins Street. Recognized as the ‘Paris End’ since the 1950s because there are different heritage buildings that add a Parisian vibe.

Porter Street: Situated right behind Chapel Street, one of the most fashionable places in the city that also comes with trendy eateries and stores, life will never get dull at Porter Street. Here you can find some of Melbourne’s best shops, boutiques, restaurants, cafes, and much more only a few minutes away.

Royal Botanic Gardens: Half a million plants are spread across 40 hectares of green land- the Royal Botanic gardens. It is one of the most popular tourist attractions over here. You can enjoy Aboriginal heritage walks through the rich history of indigenous Australians.

Melbourne Cricket Ground: It is the birthplace of test cricket, the main stadium of the 1956 Olympics, the home of Australian football, a heritage that dates back to 1853, and has a capacity of 100,000. The curator of the stadium organizes a daily 75-minute tour to take visitors on a trip down memory lane.

Penguin Parade: While the sun melts at the beaches in Melbourne, you can see a wide number of little penguins flock across the sandy beaches. It is one of the lifetime experiences to treasure.

Melbourne Zoo: This zoo hosts an Orangutan sanctuary that houses animals in its treetops. Here you can find 320 species of animals in the state of art facilities, frog shows, and a famous trail of the elephant making the whole experience quite amazing.

Queen Victoria Market: One of the most lively streets in Australia, Queen Victoria Street attracts a lot of people. You can come across clothing, art, toys, and other interesting things over here. This place hosts a grand food hall. They also organize different weekend events like night marts, concerts, and street tours.

University of Melbourne: The University of Melbourne was founded in the year 1853. About 50,000 student study here and around 12,000 of whom are from outside Australia. The international students come from 130 different countries. You can find numerous on-campus and off-campus student housing in Melbourne that fits your needs the most.

Other renowned universities in Melbourne include:

Q. How can I book student accommodation in Melbourne?

A. Booking your student accommodation is a very easy 3-step process. 1. Select your accommodation according to your choice. 2. Make the payment for the security deposit. 3. Once all the steps are complete your booking will be confirmed and you will be given free guidance from our team of experts.

Q. What are the types of student accommodation in Melbourne?

A. Students have an option to choose from several room types: Sharing: Here two or more students share a single room, washroom, kitchen, and other spaces. En suite/Private: Students have an individual room and washroom but have to share kitchen and living areas. Studios: This is independent with a bedroom and kitchen alongside a washroom. It is ideal for two students to book a studio taking into consideration the policies of the provider.

Q. What is the average cost of living for a student in Melbourne?

A. Apart from your accommodation students can expect their monthly expenses to be around 1000-2000 dollars according to their stay.

Q. How is the safety of students ensured during their stay?

A. The safety of the students is our top priority, all the accommodations listed by university living are safe as they are personally verified with our team of representatives who is present on the ground. Redistricted access and secure door entries are some of the actions taken in the accommodation for safety.

Q. What kind of on-site amenities are available to the students?

Q. Is there an option for students to have a look at the property before booking?

A. We have an option for you to view your accommodation before booking. You can get in touch with our experts for the same.

Q. What are the most popular areas to live in the city?

A. Melbourne as a whole city is great for students. It is easy to commute within the city thus you will never miss out on anything. Some of the most popular places for students are Richmond, Melbourne CBD, South bank, Box Hill, and Carlton.

Q. Can I stay in the same accommodation during my placement year?

A. As long as you are a student we have got you covered. Even if you are in your placement year you can live in your accommodation as you will be a student at a university.